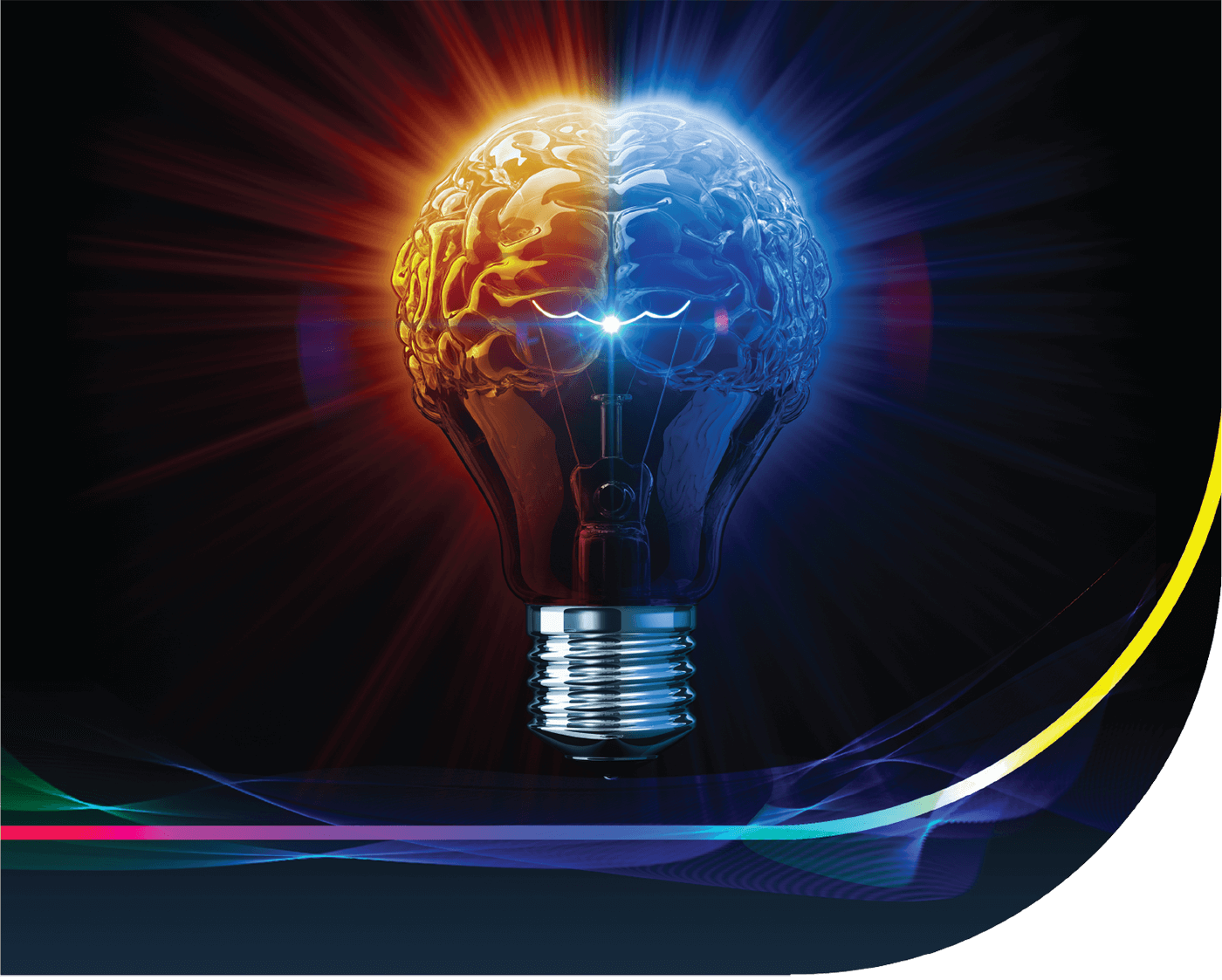 Depression is diagnosed when a person experiences depressed mood and/or loss of interest or pleasure in daily activities for at least 2 weeks and has additional specified symptoms such as problems with sleep, eating, energy, concentration, or self-worth.

Next-line treatment options have modest additional efficacy, and often a high side-effect burden. To date, only one oral drug class, atypical antipsychotics (e.g Abilify® [aripiprazole]), have been approved to treat depression as adjunctive therapy to SSRIs/SNRIs; but, most depression patients do not benefit from adjunctive atypical antipsychotics. And troubling side-effects include weight gain, diabetes, and motoric anomalies. Newer ketaminebased antidepressants provide significant relief to a subset of patients. Yet, the drugs have modest overall efficacy, and are limited by a requirement for in-clinic parenteral administration, limited access, schizophrenia-like side-effects, abuse potential, and high cost. 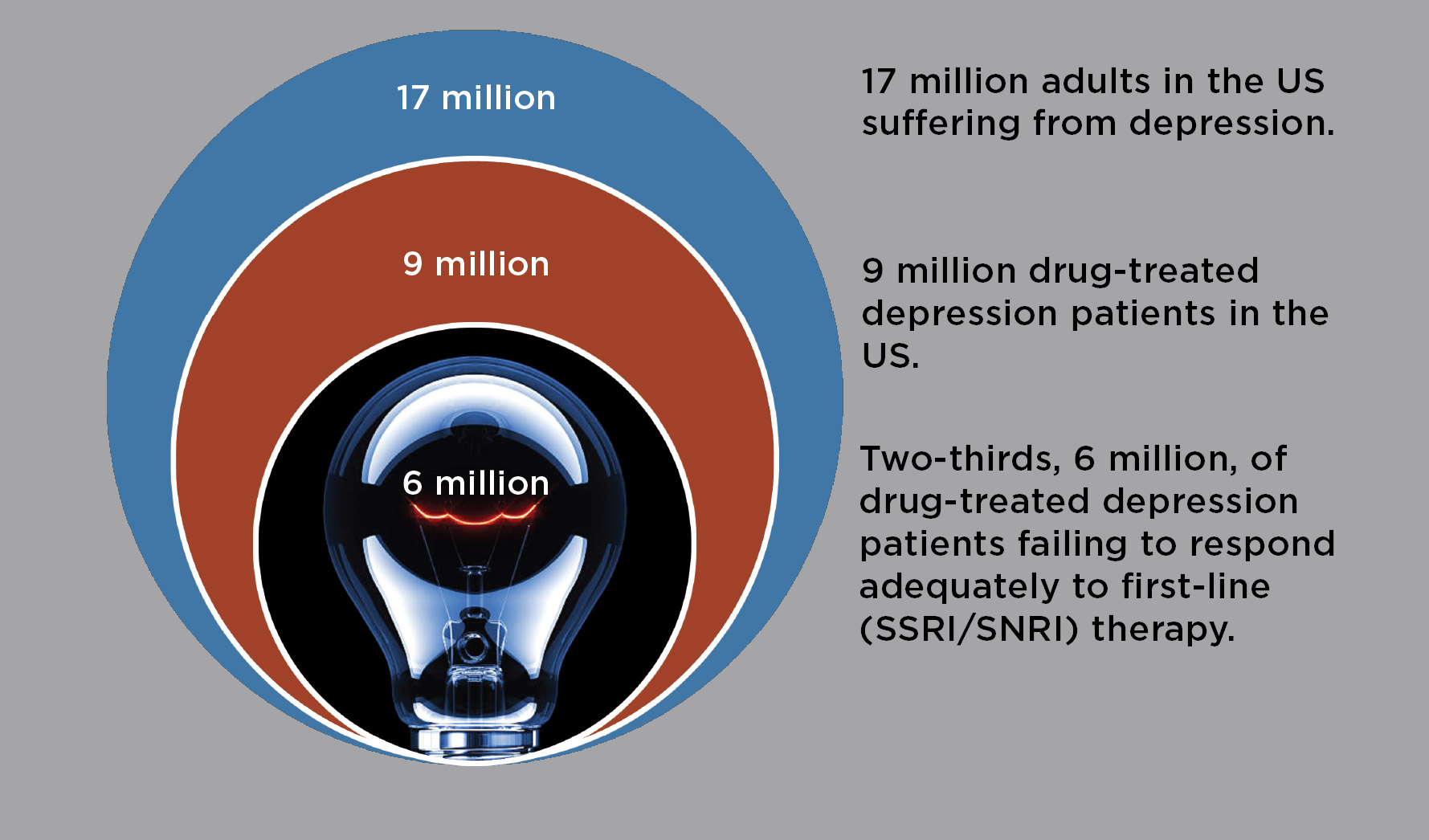 More effective and safer treatment options are urgently needed for the many depression patients not responding adequately to first-line SSRI/SNRI therapy.

In 2018 more than 48,000 people died by suicide in the US; 1.4 million people attempted suicide. In young people, suicide was the 2nd leading cause of death. US suicide rates have increased 35% since 2000. Suicide has risen to epidemic levels and is a national emergency in the US. Likewise, in the European Union,
56,000 people died by suicide in 2018.

Unfortunately, there are no drug treatments for suicidality approved by the FDA or European Medicines Agency. New treatments for treating acute suicidal crisis and for preventing future suicides are critical for combatting the suicide emergency.

Obsessive-compulsive disorder (OCD) is a chronic and often serious mental disorder. The OCD patient experiences persistent obsessions, compulsions, or both, that interfere with all aspects of life and cause significant distress. Obsessions are unwanted, intrusive thoughts, images, or urges that trigger intensely distressing feelings. Compulsions are behaviors an individual engages in to attempt to get rid of the obsessions and/or decrease his or her distress. OCD affects over 3 million people in the US.

The key pharmacological treatment for OCD is the SSRIs (e.g. Prozac® [fluoxetine]). SSRIs typically work best if given in conjunction with Cognitive Behavior Therapy (CBT). Most OCD patients experience some relief following SSRI therapy; unfortunately, significant symptoms and impairment persists in almost all patients, even when combined with CBT.

No new OCD drug treatment has been approved for decades.

OCD appears uniquely treatable by drugs enhancing serotonin function. Amplifying serotonin neurotransmission beyond what is achievable with an SSRI could further reduce obsessions and compulsions, thereby providing additional relief and improved quality of life and functioning in OCD patients. Adjunctive EVX-101 could amplify brain serotonin neurotransmission beyond the SSRI effect, and hence become a critical new therapy for OCD.

More than 10 million Americans suffer from post-traumatic stress disorder (PTSD). PTSD develops in response to a traumatic event. The symptoms include persistent reexperiencing of the trauma, avoidance of reminders of the trauma, numbing of positive emotions, social withdrawal, and increased autonomic arousal. SSRIs are the only drug class FDA-approved for PTSD; but, improvements in symptoms are usually modest. PTSD is thus one of the most urgent unmet needs in Psychiatry. Adjunctive EVX-101 could present as a novel, much needed, treatment avenue for PTSD.